Toyota Mobility for All

My client asked me to create an elearning module for Toyota showroom staff to help foster confidence when interacting with customers with disabilities – Toyota had identified that many of their staff lacked confidence in this area; there was a common fear of “saying the wrong thing” and causing offence. 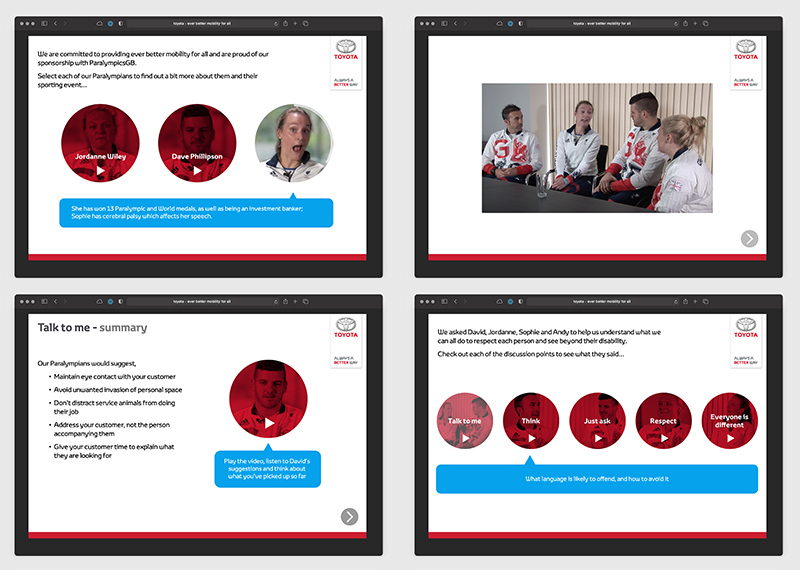 These clips, along with footage from a day shooting at a Toyota dealership, was combined into an elearning package for all showroom staff. 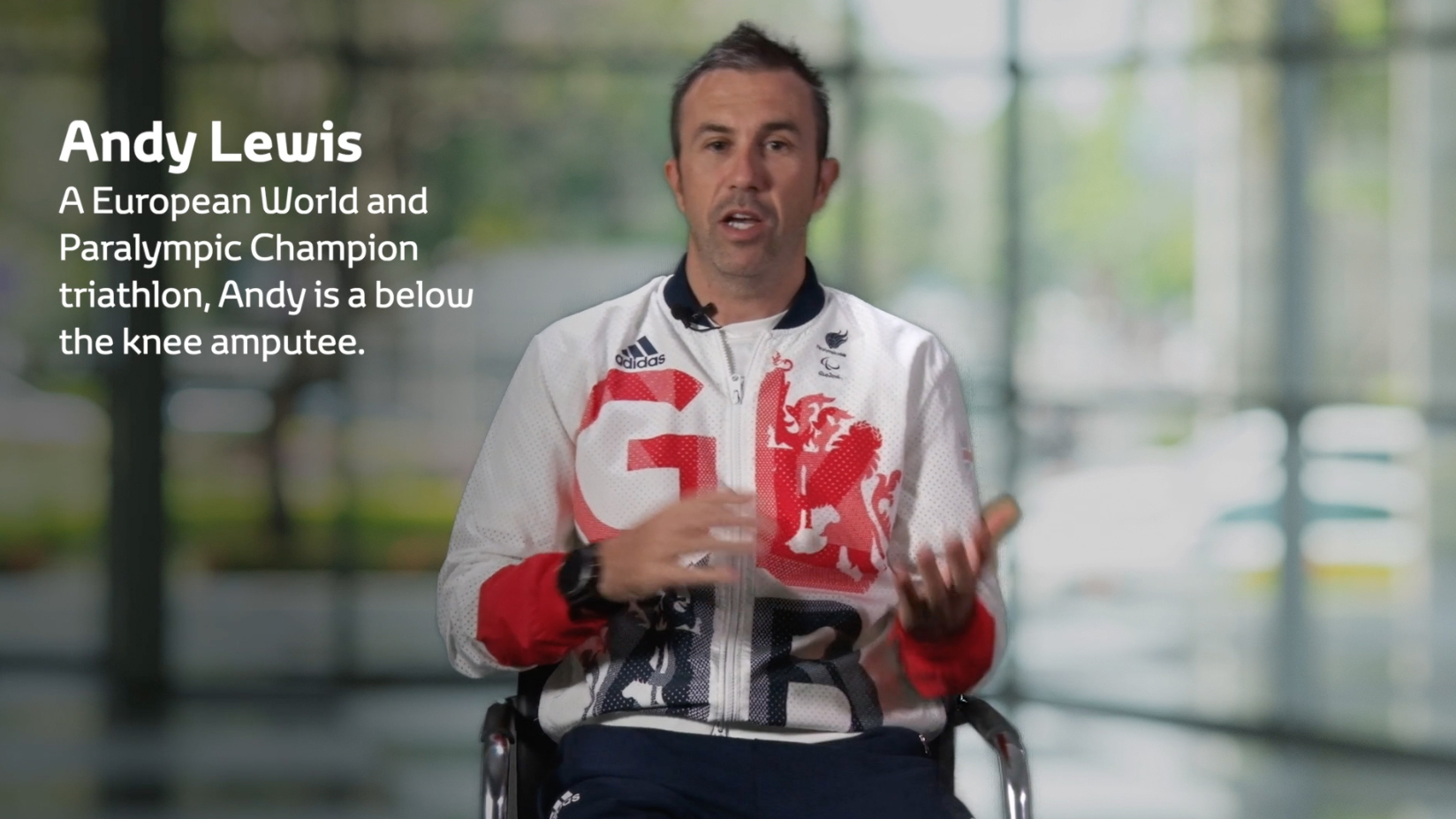 Toyota sponsored the GB Paralympic team at the time so we were able to ask some of the GB team to help out by sharing their experiences. After researching the attitudes of some people with various disabilities, including the GB team, I wrote a script for some pieces to camera and talking points for a group discussion which I filmed in a small studio with a three camera set-up. I also designed and collaborated on the content of the knowledge checks at the end of the module.